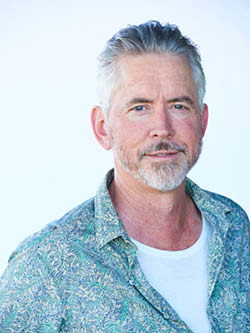 Session title
Cultural Justice and Place Brand – Everyone, everywhere has the right to thrive

Abstract
It is harder to hurt someone if you know their story.

Place branding is in the business of story. What happens if only some people in the community are visible in your place branding story? Place branding and story are inextricably linked to cultural justice.

Scott Rankin is the CEO and Creative Director of Big hART. Now in its 30th year, Big hART has raised over 75 million for place making and cultural justice projects in 53 communities across the country.

In this session Scott will ask; how do we ensure that our place branding strategies do no harm? And, how can we avoid our place branding initiatives benefiting only some of the people most of the time? After all, everyone, everywhere has the right to thrive.

Scott Rankin is a contemporary writer and director. Over the past 30 years Scott has written and directed 26 theatre works which have been included in major arts festivals including Melbourne, Sydney, Adelaide, Perth, Brisbane and Edinburgh. His works have toured to Sweden, Iceland, Dublin, Scotland, London, South Africa, New Zealand and Germany.

For 30 years, Scott has been the Creative Director of Australia’s leading campaigning arts organisation Big hART. Through this work Scott has advocated for justice in over fifty communities around the country, working with over 8,500 participants experiencing hidden issues of injustice, garnering Big hART over 45 national and international awards – including 9 National Institute of Criminology Violence Prevention Awards, a World Health Organization award for Safe Communities, Telstra Business Award of the Year, a Helpmann Award and the Myer Performing Arts Group Award.