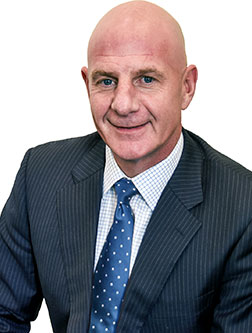 Tasmania’s renewable energy industry and how it positions the state for future economic prosperity.

Raised at Nunamara near Launceston and educated at Myrtle Park Primary School, Queechy High School and Deakin University, Peter Gutwein is a proud and passionate Tasmanian. Peter, his wife Amanda and children Millie and Finn live in the Tamar Valley. The family still maintain strong connections to Bridport and North East Tasmania.

Peter was first elected to the Tasmanian Parliament in the seat of Bass in Northern Tasmania in 2002, was re-elected in 2006, 2010, 2014 and again in 2018. In January 2020, Peter was elected Leader of the Tasmanian Liberal Party and Premier of Tasmania. He is currently Premier, Treasurer, Minister for Climate Change, Minister for the Prevention of Family Violence and Minister for Tourism.

He enjoyed a successful career in financial services working in senior management positions both in Australia and in Europe, and also spent two years as an adviser to a senior Federal coalition cabinet Minister.

In his spare time he enjoys reading, movies and spending time with his family. Peter also likes to keep fit by training regularly, has run marathons and is also a qualified black belt instructor in the Korean Martial Art of Tae Kwon Do.