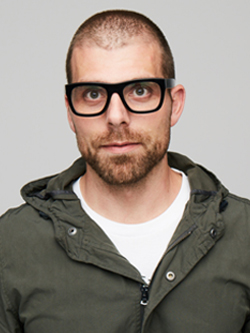 Co-founder – For the People

A remote community’s existential crisis – How Forever West of Centre, the place brand for Tasmania’s remote West Coast community, is about more than just identity, it’s about survival.

Abstract:
Since the late 1800s the identity and prosperity of Tasmania’s West Coast was largely defined by mining.

After the gradual closing of mines across the region, most notably that of the Mount Lyell copper mine in Queenstown, the region has been confronted with re-defining what the future looks like without mining.

In this session, Christine Gray and the team from branding consultancy For the People will take us through the process of bringing to brand to market in late 2018, and what they’ve learnt in terms of the impact its had, and what they’d do differently if they had their time again.

Biography:
Jason is a designer, co-founder, educator, mentor, believer in people and optimist. He co-founded the design company, For The People, with the intent to help organisations through imagining and designing new experiences to encourage new behaviours. With over 20 years in the design industry, Jason has worked as Creative Director in leading global branding agencies on large-scale transformations for destinations, organisations and corporations.

He has extensive experience in the areas of arts, culture and place-making. He recently led the community collaboration program to develop the regional identity for Tasmania’s West Coast and Derwent Valley and Snowy Valleys in New South Wales. He was also responsible for the repositioning, design and launch of The City of Melbourne brand identity in 2009. Further work includes the brand identity programs for The Australian Cancer Research Foundation, Sydney Film Festival, The Women’s and Girls’ Emergency Centre, The 20th Biennale of Sydney, Queensland Theatre, Optus, Streamtime and Sydney School of Entrepreneurship (SSE).

Jason has taught and lectured in design institutions in Paris, Sydney and New York, and continues to engage in education through mentoring, and industry creative programs with UTS, Billy Blue and Enmore Tafe. He was Chairman of the Australian Graphic Design Association (AGDA) from 2013-15, and NSW Regional Board Director  from 2017-19. His work has been exhibited and consistently recognised at award shows around the world.