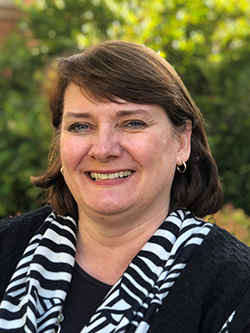 Place Branding on a budget – The story behind the extraordinary success of rural town Kaniva, and how its point of collective identity, the humble sheep, has helped the town survive, and then thrive.

A rural Victorian town with a population of 803 people, Kaniva is a living testament to the resilience that can be inspired by a common sense of identity.

The discovery of the artesian basin in the 1880s was the pivotal moment in Kaniva’s birth. Indeed, the windmill that is now an iconic part of the town’s streetscape is a nod to its importance in sustaining the town today and into the future.

Since being settled, Kaniva has endured and rebounded from challenges that have included devastating droughts, commodity price fluctuations and the collapse of the Wool Reserve Scheme. These challenges ruined some, yet proved to be the making of many more.

In recent years, the town’s resilience has largely been driven by passionate individuals and volunteer groups with ideas and initiatives that go against the grain. Often without funding and on a shoestring budget, a common sense of purpose has seen the town rebound time and time again.

In this session, Helen Hobbs will take us through how initiatives such as the community’s saving of the local roadhouse, inclusion on the Silo Art Trail, a redevelopment of the Wetlands and Fauna Park and the development of its Sheep Art Trail have all helped develop a common sense of identity and belonging that sees the town more prosperous and optimistic than ever.

Helen migrated from the UK to Melbourne in 1987 working in retail in several towns along the way. In 1994 she married a farmer and together, they owned and operated several main street businesses over the next 10 years. She has been involved in many community groups and is presently the secretary for the town’s progress association. She also administers the town website and social media pages as well as a host of digital initiatives.