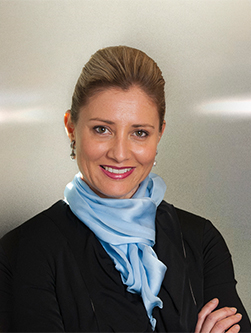 Australia’s Nation Brand. Authentically taking our nation from one that’s popular, to one that’s truly respected.

Following the release of its 2017 Foreign Policy White Paper, the Australian Government committed to developing Australia’s Nation brand on behalf of all Australians and our government departments. In this session, Head of Australia’s Nation Brand Fiona De Jong  will take us through the journey they have been on over the past two and a half years to being on the cusp of launching the brand itself in June 2020.

As Head of Australia’s Nation Brand at the Australian Trade and Investment Commission (Austrade), Fiona is leading Australia’s most ambitious international global brand initiative. To develop a unifying global brand and its expression across Government departments, industry groups and private sector partnerships in order to encourage the world to visit, study, invest, buy and do business with Australia.

Fiona’s diplomatic leadership in Australian sport saw her engage with the most senior leaders of sport, business and governments domestically and internationally. This, coupled with a record of delivering complex international projects in high profile, competitive, multi-cultural environments combine to see her lead Australia’s Nation Brand project at Austrade.

Prior to her service of sport, Fiona was a lawyer with international law firm Blake Dawson Waldron (now Ashursts) and implemented industry-first eCommerce projects with Colonial First State. Fiona holds degrees in Law (Hons), Information Technology and is a graduate of the Harvard Business School Advanced Management Program.

Her current additional positions include: